Alan Pettit was born in Somerset into a not particularly musical family. The arrival of Rock’n’Roll from the US caused great excitement and it was a huge influence on Alan. While still in primary school, he talked his parents into buying him a guitar. He couldn’t play it, but the day finally came when his older sister’s boyfriend taught him a few chords. Alan, being left-handed, had to turn the guitar around so that the boyfriend could teach him and since that day he has always played right-handed.

By the time he was fifteen Alan had acquired a cheap electric guitar and was now playing in a band with schoolmates, but soon moved on to a bigger and better local band playing gigs in and around their home town of Woking. The advent of the Beatles, and other 60s bands was a massive musical revelation to Alan, who continued playing into his early twenties but not professionally.

Longing to see the wider world, he set out travelling overland on the Hippy trail to Kathmandu then Australia to work and save money, continuing his trip for more than 2 years. Hippy music and the travelling lifestyle were a big influence.

When it was time to settle down, Alan chose to work for Nato as an IT logistics analyst and live in Luxembourg with Randi, his Danish wife, where they remained for 36 years and had 2 children. Alan and Randi now live near Rye in East Sussex.

During his Luxembourg days, Alan met many musicians from all over, playing in an acoustic Blues band for several years. With the help of a friend’s recording studio, Alan wrote, recorded and co-produced an album of original songs ‘Changing Direction’ in Luxembourg in 2015.

Bill Third was born in Aberdeen Scotland, midst strong musical traditions. He acted and sang in student revues, read English for his Master’s at Aberdeen University, then moved to Holland for a corporate writing job. Which he left after hearing the first song he had ever co-written performed live on Dutch national radio. Then a jingle he was asked to write for radio advertising in Brazil became something of a radio hit. Bill teamed up with Dutch composer Ed van Otterdijk, who had set it to music, subsequently writing lyrics for three songs on Ed’s album,‘Syrens’ for WEA, including the single and flip side. First released on vinyl in 1983, the album was brought out in CD format in 1989 and again in 1992.

In 1997, Bill relocated to the UK with his family and Ed moved into dance music with girl group ’Close II You’ on Sony Music. Bill had four co-writing credits on their album “Closer”, including hit singles in mostly European and Asian territories.

In the meantime, Bill had teamed up with piano-accordionist Louise Denny, singing at private parties and in care homes for many years. He had also become friends with some C&W musicians and it was to these he turned after writing ‘Dancing Blind’ in 2018 to develop and record it in 2019-20.

Paul Bishop is a musician and composer playing a variety of instruments including banjo, dobro, acoustic/electric lap steel guitar and mandolin and has performed and recorded extensively in Europe and the USA. His work has been used on countless TV shows including Hart of Dixie, The West Wing, The One Show, Hatfields & McCoy’s White Lightning, Heartbeat, The Drew Carey Show, Beverly Hills 90210, Kendra, Last Call with Carson Daley, and Gene Simmons family jewels. Sessions include the Billy Connelly series Journey to the edge of the World, Lavender Castle and several TV adverts and CDs.

Glenn Marsh is a bass guitar and double bass player who has performed in several bands and toured in the Netherlands and France with the Hobo Pioneers. Playing at the European World of Bluegrass EWOB festival in the Netherlands in 2014, the same year as the band headlined at ‘Festival Autour de Banjo’ in St. Gervasy near Nimes, which they played again in 2017. Nearer to home Glenn played in Temple Mist, Moonhill and Hobo Pioneers, along with Paul Bishop.
Glenn’s musical interest were awakened at a young age and his musical influences include Todd Rundgren, Focus, Frank Zappa, the Beach Boys, World Music, Johnny Cash, and Tom Waits.

He started off playing bass, then switched to drums for a blues band, and then went back to bass guitar for Moonhill then double bass for other projects with Paul Bishop. Glenn met Alan Pettit at local Blues gigs, introducing him to Bill Third in 2019.

Louise Denny is a working musician and composer of light classical and ceremonial music. She has been resident pianist at a number of grand hotels, in London, including the Ritz, Brussels, and Amsterdam. Her ceremonial music, ranging from pieces for brass to bagpipe airs has been played at ceremonies and festivals at home and abroad, in Commonwealth countries, the USA and many European lands including Poland and Denmark. Her first ceremonial piece was ‘The Winged Dagger’ in 1982. One of her pieces was played at the Trooping of the Colour ceremony in London in 2007, and another at the Queen’s Birthday celebrations in Edinburgh in 1998. Louise has also been bringing music therapy, on piano and piano accordion to residential care homes in East Sussex for many years.

Welcome to ‘Dancing Blind’ the ballad and the beat that tells the true story of a lady who lost her sight, but learned to see differently and join in the dance. This project is in support of the RNIB, national charity for the blind. If you would like to download the song in quality MP3 format for £1, or more, please visit our BandCamp site by clicking on the button below. You can also donate directly to RNIB by clicking their button, referencing our supporter number 1647418. You can also click on the YouTube channel button, to link straight through to Dancing Blind – ballad and beat. Hope you enjoy what you hear and see. Many thanks to those who spread the word about this song and the story that inspired it. 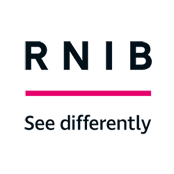